Is Apple all set to drop Intel for their laptop and desktop processors? 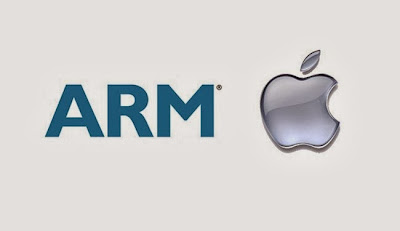 Almost a year ago, it was rumoured that Apple was looking for alternatives for the Intel processors for their MacBook and iMac. Like everyone else, who rubbished the story last year, I decided to ignore such a possibility.

But if history is to be believed, a company like Apple always has its alternatives planned. Like the time when they were developing everything to run on their PowerPC and the Intel x86 platforms at the same time, as a "just-in-case" to be processor or platform independent.

The recent 64-bit A7 chip, unveiled by Apple for their iPhone 5s proves that they could be looking for a serious alternative to replace Intel some time in the future. So far no one has really found traces of such a possibility in Apple's software.

I still think and hope that this is not true. Intel based Macs have made lives simpler for the developers and users alike. I mean we're finally seeing lots of games being developed for OS X because of this.

Apple being a patient and thorough company, which spent 5 years in making sure that Intel processors could be used for their machines, surely has a just in case scenario planned for their ARM chips, which have very low power consumption and still give decent performance. But will that truly be a step forward?
Posted by akhil at 11:01 PM